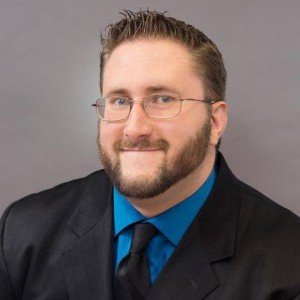 One of the most heartbreaking things for a business owner to see is their business bleeding: Stalling sales, growing expenses, no cash flow. It truly is a heartbreaking experience.

So much of your time and effort is spent on growing this. All your blood sweat and tears. Now, you look at the company’s profit and you see yourself on the wrong end of the roller coaster ride?

“Where did it all go wrong” you think. “Where did I let things go out of control?”

That’s a question way too many business owners have asked themselves. Hell, I’ve been there myself. While it might seem like a dire circumstance, it doesn’t have to be. It can be a great time to sit and reflect.

There are 4 things to examine to really get a clear visual of what could be causing the decline in your business. There is certainly more than this that could be hurting you, but these are the four that you should start with:

You know what I loved doing when I was younger?

Every Saturday morning, my dad would take us to the video store. They had a promotion where you could rent 10 videos for 10 dollars for 10 days, and I would take advantage of that and just about clear out all of their wrestling videos.

Oh man, I was obsessed with wrestling when I was a kid. This was like a haven to me.

This was the mid-90’s though. These businesses were booming.

Heck, I remember going back to these same video stores in the early 2000’s when they were selling their VHS inventory and buying those same videos.

These places where on top of it.

Alright, I’m sure you are sick of listening to me wax poetic about my younger years, but these places were on top of it.

They were transitioning stock when demand changed. Isn’t that what a business is supposed to do?

At some point, right around this time, there was a smaller company called Netflix that was trying to make waves.

I’m sure you know what Netflix is but maybe you don’t know how they started. At the beginning, their gimmick was that you could get DVD’s through the mail without having to leave the house. What a concept! Only a few years later, they doubled down on the smart TV craze and started promoting streaming content.

As this model grew in popularity, more and more people subscribed. Less and less of those people made their way to video stores.

The market was changing – the audience wanted the most convenient option available to see their movies.

Unfortunately, video stores just didn’t catch on quick enough. I do remember a Blockbuster alternative that didn’t fire off hot enough and they eventually partnered with DISH.

The market changed. The industry was used to it, but this mode of change was so out of the norm of what it usually looked like that no one paid attention quickly enough. As a result, something I cherished so much in my childhood has been reduced to a small percentage of what it used to be.

Markets change. What people want changes. You have to look at your business very carefully to make sure that the market is what you thought it was and that you are adequately serving them with what they are asking for.

Developing partnerships is key to running a successful business – as long as both sides are aligned with the same values and competencies.

I was consulting with an organization a few years ago who felt like they were at the end of their rope. It was a family company, and the owners were two of the sweetest older people I’ve ever seen. They weren’t retirement age yet, and understood what their business needed.

Upon the advice of their children, they looked to contract their marketing work out. Up to that point, they had been able to grow their business without outside marketing help, but in an effort to make sure their children had a healthy business to inherit, they wanted to do this.

Within a few years, they called me to analyze why their once successful business was starting to lose money – and fast.

It didn’t take long. As I was scanning their financial statements over the course of five years, I noticed an alarming increase in their marketing expenses.

“Why are you spending so much on marketing?”

“Well, we’ve come up with a lot of ideas that just didn’t work out like we planned.”

“You’ve come up with a lot of bad ideas?”

“Yes, as sad as it is to say, we just really came up with some things that failed miserably.”

“Why were you paying a marketing professional to let you make decisions in an area where you have no expertise?”

What could they say? At that moment, probably for the first time, they realized that the partnership they engaged in wasn’t a good one.

There may even be some people – business owners and marketers – that are sitting there and wondering what is wrong with this scenario.

Would you go to an accountant and tell them that you can take a deduction that would certainly be a red flag to the IRS?

Would you go to a doctor and tell them you have cancer and need to start treatment despite having no symptoms or anything to confirm your belief?

Then why in the world would you tell a marketer what they should do to market your company?

The bigger question is why would they let you?

I was worked up so I asked them if I could sever this relationship. They had no hesitations.

From that point forward, they looked at every professional relationship they had to make sure that both sides were holding up their end.

I’m happy to say that they’ve been able to turn things around and are grooming their kids to take things over when they head into retirement in a few years.

It tends to be easier to look outside your organization to see if there are any issues.

But looking inside? That can be a bit uncomfortable. After all, you’ve put time, money and ultimately trust into these people. The last thing you want to do is find out they really don’t belong.

It’s so important though. I can’t stress how important it is.

I don’t have any immersive stories to tell like I did above, but we’ve all been in these work situations where you can just see how impactful negative energy can be.

You’ve worked with someone who just does nothing but stir up drama.

You’ve worked with people who focus on anything but their job while they are working.

Worse yet, you’ve probably worked with someone who steal from the people who are putting food on their table.

The last one is the worst.

Not because of the actual theft taking place, but more often than not, it’s by someone who is trusted in the organization and didn’t do any of those things above.

Think about how all of these things contribute negatively to your bottom line.

Theft, well, I don’t think you need me to explain to you how that works.

Business is business. At the end of the day, difficult decisions have to be made.

If you employees are causing the bleeding, it’s time to let them go.

4. Inventory your level of interest

I can’t tell you how many times I’ve said or heard that.

So often, I’ve seen businesses came to a crashing halt because the owners or partners just lost interest in it.

There can be so many different things that impact this, but when all is said and done, if the interest isn’t there, the business won’t just be bleeding; it’ll be gushing.

If you feel like you are not as interested in your business anymore, it is probably time to move on.

It’s unfortunate, but it happens.

I was just getting my start in consulting and one of my first clients was a small family-owned golf course. These people LOVED golf.

They lived it and breathed it.

Pretty soon after I started, the couple separated and the husband bought his ex-wife out.

After about a year, his employees were telling me that he was coming in less. The facilities weren’t being kept up how they should. Opportunities that he normally pounced on weren’t even looked at. Paychecks were being cut late.

I like to try to give people their space to work through their stuff, but in my role, I couldn’t really do that.

“What are you doing, man? If you’re not going to give this your all, it’s time to let it go.”

Within six months, the facility was under new ownership.

I ran into this guy about two years ago. He was totally different.

“I can’t thank you enough for being straightforward with me.”

I was shocked, but not surprised.

You see, this golf course just became a constant reminder to him of his failed marriage. It was something he and his wife built together and coming into work every day was just a bad memory he no longer wanted.

It was tough for him to let his business go, and even though things got worse for a few months, he ended up coming out on the other side even better.

—
At the end of the day, there are a TON of reasons a business can break down, and if you don’t catch it soon enough, it could cause severe personal and financial ruin.

Fortunately, if you find it quick enough, you can take proactive steps to make changes. If you take a couple hours each quarter and analyze these 4 issues, you should be able to stay ahead of any setbacks.

Remember, even though we don’t like it, change is necessary in life.

The most successful people are the ones who embrace it.

10 ROADBLOCKS THAT COULD SERIOUSLY #$%@ UP YOUR BUSINESS

Before you take the plunge and invest more time and money into growing your business, ask yourself these 10 questions.  This free 17-page guide will prepare you for serious growth.

10 ROADBLOCKS THAT COULD SERIOUSLY #$%@ UP YOUR BUSINESS

Before you take the plunge and invest more time and money into growing your business, ask yourself these 10 questions.  This free 17-page guide will prepare you for serious growth.

5 Undeniable Reasons You Need to Hire a Fractional CMO

These 6 Habits Made Me a Better Leader, Father and Husband